One of the questions that I get asked quite a bit is, “ Why does my child seem to get so much worse during the Spring?” And, by worse, it is generally meant, an increase in aggression, hyperactivity, and general poor regulation. I have reflected quite a bit as to what some of the underlying… read more

We carry 100,000 trillion bacteria around with us everyday. There are more bacteria in our bodies than human cells! I know what you might be thinking, aren’t these organisms bad and make us sick? While certain species can make us sick some can be beneficial. These beneficial organisms are symbiotic bacteria that provide nutrients, aid… read more

Hydrotherapy and boosting the immune system

By Lisa Yang, ND The winter season can be a hard time on our immune systems, especially when everyone in the family catches a cold.  Staying hydrated, eating nutrient and vitamin dense foods and taking supplements are all great ways to support the immune system.  But there are additional at home therapies that can be… read more 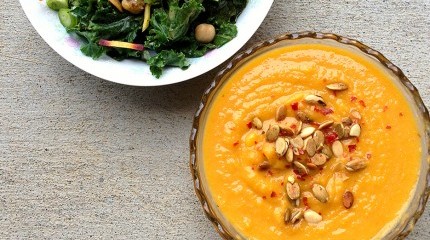 Add Color to Your Winter Meals

By Adriane Angarano, MS, CN Now officially winter in the Northern Hemisphere, the days are shorter, colder, and the scene outside is likely monochromatic with various shades of brown and grey. It may also seem like there is less variety and vivid color at the grocery store (and on your plate) compared to the bounty… read more

By Dr. Lisa Yang, ND Asthma is a disease of inflammation of the airways. It affects approximately 24 million people in the United States and its the most common airway disease in children, affected an estimated 7 million children (1). It is characterized by hyperactivity to various triggers. Asthma tends to be episodic and there… read more