Surplus Hormones for Everyone 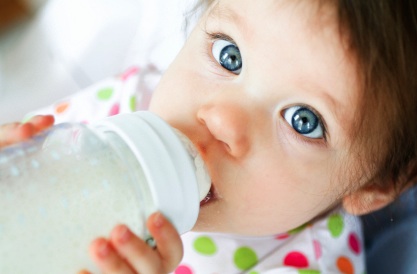 Our body naturally produces many different types of hormones that all have a role in the body. Different tissues have receptors on them that allow them to be activated by the hormone that is specific to it. Some of our major hormone groups include thyroid hormone, sex hormones (estrogen, progesterone, testosterone), and cortisol. Commercial industries have developed chemicals that can mimic our natural hormones and bind with the same receptors in the body. This is good for people who have a medical need and perhaps make too much, or too little of the hormone on their own. However, the use of these chemicals has spread beyond the controlled field of medicine and into many other aspects of commercial manufacturing. These chemicals called endocrine disruptors (EDCs) can now be found ubiquitously throughout our environment and continue to have an impact on our hormones.
EDCs can have many different types of effects on the body depending on which tissues are receptive to the synthetic hormone. Many of the chemicals are responsible for symptoms that include fatigue, constipation, weight grain, headaches and a feeling of overall body burden.  Depending on the chemical and time of exposure, the symptoms  and  effects on the hormones can  vary greatly. When a baby or a fetus in utero is exposed to the molecules, the effect that it has is going to be vastly greater than that same dose on a full grown human.

One of the first chemicals researched for its effects was synthetic estrogen diethylstilbestrol (DES). Initially, between 1947 and 1971, DES was used for the prevention and treatment of miscarriages. The drug was used for many years until Dr. Arthur Herbst noticed a trend in his female patients between the ages of 15 and 22 having an increased incidence in vaginal clear cell carcinoma (CCC). Follow-up studies found a correlation between the use of DES during pregnancy and the development of CCC.  Following additional research, the Food and Drug Administration (FDA) decided to remove the drug from the market. The lesson learned from this unfortunate turn of events, is the severity of impact chemicals can have via in utero exposure.  The effect is especially noted during critical periods of organ development and can profoundly disturb normal cell division and formation.

There is an extensive list of chemicals that are considered endocrine disruptors including bisphenol A (BPA).  BPA, like DES, was originally developed as a synthetic estrogen. The strength of the estrogen like effect from BPA was not strong enough to become a medication for therapeutic reasons. This does not mean that it was not having an effect, it simply was not a strong enough influence to fall into the category of a pharmaceutical.

While it was not used for hormonal replacement therapies, other properties of BPA were highly valued in the industrial world. It was and continues to be used as an epoxy resin and plastic that can be found in the lining of canned goods, the shiny coat on a thermal receipt, plastic tableware, plastic toys, food storage containers, water supply pipes and even medical equipment. The matrix of the plastic does not completely hold onto the BPA and it leaches out of the plastic into the substance it is touching including food and water that we consume. This process highly increases when temperatures rise, for example, heating up food in the microwave in a plastic container, water in a bottle on a hot day, or items in the shipping truck being delivered to a store in the heat of summer.

The largest concern of BPA exposure is for fetuses in utero and babies. As mentioned before, the impact of the average dose is going to be greater on a smaller individual. Exposure during in utero and early childhood development has been associated with adverse neurodevelopment, aggression, hyperactivity, obesity, cardiovascular disease, diabetes and reproductive abnormalities. One thing that is in our favor is that the half life, the amount of time that the BPA stays in our body, is relatively short. It lasts for five hours and then begins to be excreted. This is very encouraging for taking action to decrease exposures knowing the benefits of such actions will take effect quickly. BPA levels can be tested through blood and urine but as noted, those values will only be what was encountered in the very recent past.

Phtalates is another EDC that is ubiquitous in the environment. It can be found in soft and flexible plastics. In addition it is useful in cosmetic and hygiene products including shampoos, creams, and body washes. The phthalate compound is good at holding onto scents and is used in perfumes and other scented products.  Phtalates have also been found to impact reproductive hormones and tissues receptive to such hormones. Research in animals has found that exposure to phthalates in utero causes incomplete masculinization in boys, bringing their testosterone levels down to a point equivalent to a girl. Testosterone is critical to the proper formation of anatomical structures during development and it has been found that the there is a decreased distance between the anus and the genitals in boys exposed to phthalates which is consistent with demasculinization.

Endocrine disruptors work on a larger scale than just reproductive hormones and can affect the thyroid, neurotransmitter production, and DNA synthesis as well. BPA has also been found to cause functional alterations in the thyroid gland development and also competes for active binding sites with the natural thyroid hormone being produced. This decreases the ability for the body to communicate with the thyroid and balance circulating thyroid hormone that is essential for overall metabolism. Some neuronal tissues in the brain are also sensitive to endogenous circulating reproductive hormones and therefore are also responsive to synthetic hormone effects by EDCs. Alterations have been studied in dopamine, serotonin, and acetylcholine levels due to BPA exposure. Furthermore, EDCs effect protein expression and DNA synthesis through changes in methylation, acetylation and phosphorylation. However, these effects have been found to be reversible with decreasing exposures and methylation support.

The government has begun to realize the impact that such compounds have on the body and have initiated procedures to eliminate BPA being used in baby products such as bottles. There continues to be a need for legislation eliminating it from use in other everyday products. However, due to increased public awareness and demand, companies are taking the initiative to remove it from their products.

Here at Vital Kids Medicine (also treating adults) we can help you with a thorough review of your potential exposures through lifestyle, diet and products used, to help you avoid potential sources and decrease your overall body burden. In addition we can also give methylation support to help counteract the effects from previous exposure.