Got Milk? The A1/A2 Casein Debate 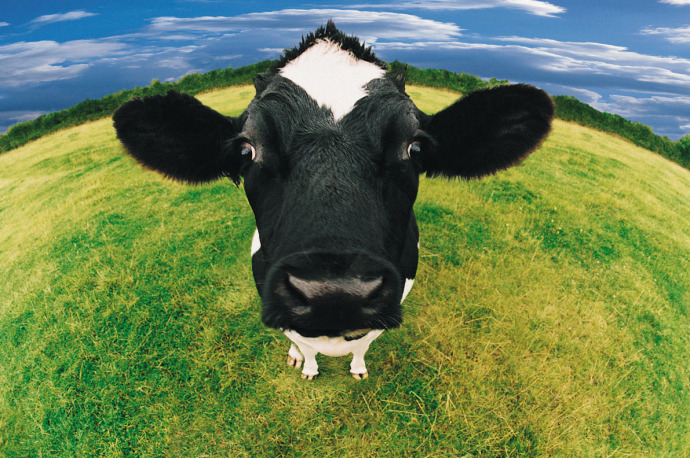 Cow’s milk is often a staple food in many homes across the world, notably in the United States, Canada, Europe, Russia, Australia, and New Zealand. In the U.S., unless you choose or need to be dairy-free, most likely you are consuming dairy that comes from Holstein-Friesian cows, a breed that produces milk higher in the protein A1 beta-casein. Milk from heirloom breeds such as Jersey, Guernsey, and most Asian and African cows are higher in the A2 beta-casein. We will explore the differences among these two types of caseins and the possible health implications.

Milk from mammals is made up of many nutritional components such as water, fat, protein, carbohydrate, vitamins, and minerals; and the ratio of nutrients vary between species (human, cow, goat, buffalo, etc.). The two major protein categories in milk are casein and whey. Each casein and whey protein has their own amino acid configuration, genetic variations, and functional properties.

There are three categories of casein found in milk: alpha (α), beta (ß), and kappa (κ). Beta-casein is the second most abundant protein and is made up of a chain of 209 amino acids. For centuries, cows have produced milk containing beta-casein of the A2 variety. It wasn’t until domestication and the occurrence of a natural genetic mutation that cows began producing milk with A1 beta-casein. This genetic mutation occurred at the location of the 67th amino acid (in the 209-length chain) and converted it from proline to histidine. That means at position number 67 there is a proline in A2 milk and histidine in A1.

With A1 beta-casein containing the amino acid histidine, digestive enzymes in the gut have an easier time cleaving the protein. When this happens, a peptide only 7 amino acids long is formed: beta-casomorphin-7 (BCM7). The gut has a harder time cleaving the beta-casein chain into BCM7 if proline is in location 67, such as in A2 milk. So the theory is that a bioactive peptide BCM7 can be released by the digestion of A1 milk, but the proline in A2 milk prevents this from happening.

During the digestion of milk, caseins are broken down into smaller proteins called peptides. These casein-derived peptides are called casomorphins. One distinguishing characteristic of casomorphins is that they can exert an opiate effect on the body. Since BCM7 is a casomorphin, it is also a known opioid. Opioid chemicals bind to the opioid receptors in the brain and GI tract, much like opium or morphine. These receptors mediate the effects (psychoactive, beneficial, and adverse) of the opioid chemicals. This could be a good reason why dairy may be addictive for some individuals and may cause behavior changes in children.

BCM7 has also been theorized to be a risk factor for several health conditions: heart disease, psychological disorders, autoimmune diseases including Type 1 diabetes, allergies, digestive disorders, and impaired immune responses. It is thought that BCM7 plays a role in several of the above conditions related to its immunoregulatory and inflammatory actions by stimulating oxidative stress and the release histamine and other inflammatory chemicals.

So far, preliminary research into the A1/A2 beta-casein debate has been limited and most studies to date have either been epidemiological or based on animal models. Future research and evidence is needed to support the association between the different casomorphins and impact on human health.

The A1/A2 debate “has raged for years in Australia, New Zealand, and parts of Europe but is still virtually unheard of across the pond” according to Mother Jones magazine (March 2014). Even though future research is needed, there are many personal accounts circulating about the positive impact A2 milk is having on improving digestion and other health concerns.

For a local WA state A2 milk producer (A1-free), check out: http://www.pureeiredairy.com/ourdairy.html