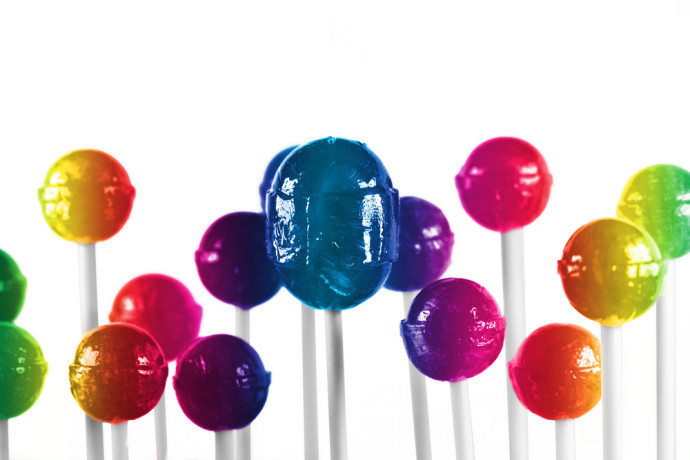 It is no secret that kids love sugar. It is also no secret that consuming too many foods and beverages with added sugar can cause an array of health problems including tooth decay, obesity, nutrition deficiencies and a mantra of other cognitive affects. Recent talk about sugar and its association with these health concerns has gained quite a bit of momentum over the past couple of years. To make matters worse, it appears that the world rains sugar on children. Bus drivers offer bubble gum; teachers give cupcakes at birthday parties, and school vending machines are filled withed sugar laden products. It has been proven that obesity is a problem in our country whereas approximately 1/3 of all children are either overweight or obese. A common practice in attempt to reduce sugar consumption has been to use sweeteners also known as artificial sweeteners or sugar substitutes instead. Today, an array of sweeteners is found in a variety of food and beverages and is typically marketed as “sugar-free” or “diet”. As parents, caretakers, and healthcare professionals, it’s important that we have a better understanding as to the impact that high levels of sugar can have our children’s health. It is also equally important to understand what these sweeteners are and what roles they play in our diet. Do they provide a healthier alternative to sugar? Is all sugar bad?

Sugar is a carbohydrate called sucrose which contains two molecules, glucose and fructose. It can either be found naturally occurring (like in fruit of lactose in milk) or added during food processing such as in breads, cakes, soft drinks, jams and at the table. Added sugars (as opposed to natural sugars) can be harmful because they contribute no real nutritional benefit and when consumed at high levels can add many extra calories. When considered with solid fats and excess energy intake, they have been linked to health concerns including overweight and obesity, type 2 diabetes or prediabetes, inflammation and tooth decay in kids. According to the American Dental Association (ADA), tooth decay is the most chronic childhood disease. Added sugars can be identified by reading the ingredient lists on food labels. Cane juice, evaporated corn sweetener, fruit juice concentrate, crystal dextrose, glucose, liquid fructose, sugar can juice and fruit nectar are all examples of added sugars that can often be found in foods but aren’t recognized by the FDA as an ingredient.

It is important however to clarify that not al 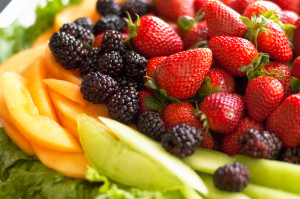 l sugar is bad, it depends on the context. Natural sources of sugar such as that found in fruit not only contains sucrose, but also fiber and water which helps to slow down digestion. Therefore they are much more  filling than a 16 oz. Coke for example. Fruit also contain lots of additional vitamins, minerals, and antioxidants that aren’t found in many products containing added sugars like sugar-sweetened-beverages (SSBs), many snacks, candies, desserts, and pastries that kids are often surrounded by. Therefore, rather than avoiding sugar altogether, natural sources of sugar such as fruit can used as a healthy component to a child’s diet and used to displace foods and beverages with added sugars.

What can parents do to limit the amount of added sugars consumed? Several tips can be used to reduce the consumption of added sugars and replace them with more healthful options:

If you’re concerned about the amount of sugar in your child’s diet you might be wondering if artificial sweeteners are a smart alternative. The position that the Academy of Nutrition and Dietetics maintains is that consumers can safely enjoy a range of nutritive sweeteners and nonnutritive sweeteners (NNS) when consumed within an eating plan that is guided by current federal nutrition recommendations,

such as the Dietary Guidelines for Americans and the Dietary Reference Intakes, as well as individual health goals and personal preference. Unlike sugar, they don’t cause cavities or add calories to food and they can be a helpful alternative for children with diabetes. More information from the Academy of Nutrition and Dietetics can be found here Position Paper from the Academy.

That said there is one group of kids who can’t eat all artificial sweeteners: those with phenylketonuria (or PKU). People with PKU aren’t able to metabolize phenylalanine, an amino acid in aspartame, so they’re advised to steer clear of aspartame. 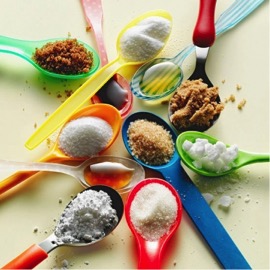 They are referred to as high-intensity sweeteners because they are many times sweeter than sucrose and regulated by the Food and Drug Administration as food additives or generally recognized as safe (GRAS). The FDA has permitted the use of the following Non-nutritive sweeteners:

It is included in the ingredient list on the food label as acesulfame K, acesulfame potassium, or Ace-K. Acesulfame potassium is sold under the brand names Sunett® and Sweet One®. It is approved for use in tabletop sweeteners, dry beverage mixes and chewing gum. It is about 200 times sweeter than sugar and is often combined with other sweeteners.

Aspartame brand names include Nutrasweet®, Equal®, and Sugar Twin®. It does contain calories, however because it is about 200 times sweeter than table sugar, consumers are likely to use much less of it. Soft drinks account for over 70% of the aspartame consumed.

Children with phenylketonuria (PKU) have a difficult time metabolizing phenylalanine, a component of aspartame, and should control their intake of aspartame. Labels of aspartame-containing foods and beverages must include a statement that informs individuals with PKU that the product contains phenylalanine.

Neotame is sold under the brand name Newtame®, and is approximately 7,000 to 13,000 times sweeter than table sugar. Like aspartame, neotame is amade from aspartic acid and phenylalanine. However, because neotame is not significantly metabolized to phenylalanine there is no warning label required for those with PKU.

Saccharin brand names include Sweet and Low®, Sweet Twin®, Sweet’N Low®, and Necta Sweet®. It is 200 to 700 times sweeter than table sugar (sucrose), and it does not contain any calories. Saccharin is currently approved for use, under certain conditions, in beverages, fruit juice drinks, and bases or mixes when prepared for consumption in accordance with directions, as a sugar substitute for cooking or table use, and in processed foods.

In the early 1970s, saccharin was linked with the development of bladder cancer in laboratory rats, which led Congress to mandate additional studies of saccharin and the presence of a warning label on saccharin-containing products until such warning could be shown to be unnecessary. In 2000, the National Toxicology Program of the National Institutes of Health concluded that saccharin should be removed from the list of potential carcinogens. Products containing saccharin no longer have to carry the warning label.

Sucralose is sold under the brand name Splenda®. Sucralose is about 600 times sweeter than sugar.

Luo Han Goa ( Siraitia grosvenorii) is a natural sweetener that contains varying levels of mogrosides, which are the non-nutritive constituents of the fruit primarily responsible for the characteristic sweetness. It is about 150 to 300 times sweeter than table sugar.

Steviol glycosides are natural constituents of the leaves of Stevia rebaudiana (Bertoni) Bertoni, a plant native to parts of South America and commonly known as Stevia. They are non-nutritive sweeteners and are reported to be 200 to 400 times sweeter than table sugar. Though the constituents of the Stevia leaf have been approved for use, the use of the actual leaf and crude stev
ia extracts is not considered GRAS and their import into the United States is not permitted for use as sweeteners.

Advantame is the most recent addition and was approved for use in food as a non-nutritive sweetener in 2014. It is approximately 20,000 times sweeter than table sugar.

The human brain responds to sweetness with signals to eat more. By providing a sweet taste without any calories, however, its thought that artificial sweeteners could potentially cause us to crave more sweet foods and drinks, which can add up to excess calories. Whether or not the sweet taste causes cravings is still being debated.

If your child is eating an occasional artificially sweetened food or beverage, it may not be cause for concern. That said, for children, the long-term effects of consuming artificially-sweetened beverages are unknown. It is also important to be mindful that many foods with artificial sweeteners such as sugar free ice cream and fruit flavored drinks aren’t always the most healthful options and can still fill kids up with empty calories. As a more nutritious alternative, try satisfying your child’s sweet tooth naturally by mixing fresh fruit into a creamy low-fat yogurt, slicing bananas on a whole grain waffle, or stirring chopped pears onto a bowl of hot oatmeal.