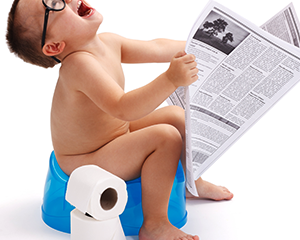 The Scoop on Poop, Part II

At this point we have covered the finer points of the different shapes and sizes of poop. Now let’s cover the different shades of stool and what they can mean.  Remember, the bowel movement should be a nice brown (light to dark), torpedo shaped segment. Many other colors can show up for diverse reasons which we will discuss here.

Red can be a sign of blood, but not always.  Remember to think back when the last time was you ate beets, before pushing the alarm button. Other foods like bright red popsicles and dyed foods can also be the culprit. If there is truly blood, you want to notice a couple of things about it. Is it on the toilet paper, the outside of the poop or mixed into the poop, or a combination of the three. If it is only on the toilet paper there is a great chance that it is an external hemorrhoid. If the blood is on the outside of the stool, it is likely an internal hemorrhoid that coated the poop on the way out. When the blood is mixed into the stool, it indicates that there is a bleed higher up before the poop gets formed and is on its way out. With any of these scenarios you should let your doctor know so that he/she can help with ways to alleviate excess straining with a bowel movement, heal the wounds, or find out why there is internal bleeding.

Green may be from undigested food, undigested bile from the liver or commonly a side effect of antibiotics.  When we do not chew enough or are lacking in enzymes to break down our food, we can often see pieces of it on the other end. Common foods that present are corn, seeds, fruit/vegetable skins and dark leafy greens- causing the green color. Additionally, when food moves through our bowels too quickly, the bile doesn’t have time to turn the appropriate brown color, keeping it green. Bile is released to help us digest fats.  It is produced by the liver and stored in the gallbladder. It takes time for it to turn brown, and when transit time is too fast, it comes out green. This is why antibiotics can often cause green stool. Antibiotics commonly have side effects of diarrhea which means increased transit time and therefore, ripe, green stools.

Yellow can indicated an issue with the gallbladder, including fat absorption or sign of a parasite.  Yellow like green can be from increased transit time and not a long enough chance for the bile to turn brown. Yellow, is further along the process, so the transit time is typically slightly longer compared to if it is more green in color, but still not the optimal brown. Parasites and other gastrointestinal infections can cause diarrhea and present with yellow stools as well. Yellow stools commonly go hand in hand with floating, fatty stools due to fat malabsorption. The fat malabsorption can be due to several reasons. First it could be that the pancreas is not producing enough lipase, our fat digestive enzyme, and therefore, the fat is continuing down the intestines in large chunks. Another option is an existing disease process such as celiac or cystic fibrosis.  Both can inhibit the body’s ability to absorb fats or  move the waste through the bowels too fast for the fat to be absorbed.

White is commonly seen when someone takes antacids for indigestion. It can also be from liver and gallbladder issues. When an adequate amount of bile, as mentioned above, is not being produced or released the white/grey color can occur.

Black most often is due to iron supplements, and is a normal, expected response. However, black can also mean that there is internal bleeding higher up in the GI tract. The color is black and not red because the blood has become oxidized and changed from a red to black color.  By being released higher up in the GI tract, it can sit for hours until it is released giving it time to oxidize, or change color. The black color could also mean that it is coming from the stomach, where the stomach acid will turn the blood black from oxidation as well. These stools often do not smell good and have a tar-like appearance to them. This presentation denotes the need for an urgent work up by a physician.

Who knew there was so much to poop? It is important to call your doctor for an assessment of any of these conditions that cannot be readily related to something you ate. The health of our gut is vitally important to how we feel overall and is often reflected in bowel movements. Come on in to Vital Kids Medicine (also seeing adults) and let us help you navigate your gut health. Have you had your poop today? 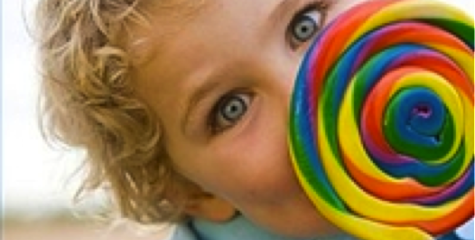 Food Dyes: The Good, The Bad, and The Ugly

The color of our food plays an important role in how we taste and perceive food. Adding color to food to enhance its appearance has been done for a millennia. The Ancient Romans and Egyptians used natural colorings from plant and mineral sources such as paprika, turmeric, saffron, gold leaf, and copper sulfate.In the 1800s metals and minerals such as copper (shades of green), iron (shades of red), arsenic (part of Prussian Blue), gypsum (yellow), mercury (vermillion red), and coal tar were used in a variety of food processing- preserving pickles, making candy, baking cakes, and steeping tea.

Around that same time English chemist Friedrich Accum released Treatise on Adulteration of Food that listed numerous examples of foods containing poisonous dyes and chemicals that disguised the true nature of the product. This publication was the beginning of the understanding and need for food safety legislation. It wasn’t until 1938 that the U.S. Food and Drug Administration (FDA) passed the first version of the Food, Drug and Cosmetic Act, which included an entire section on the regulation of color additives.

The two types of approved color additives in the United States are dyes and lakes. Dyes are water-soluble and lakes are fat-soluble. Dyes are not pure chemicals and contain a mixture of organic and inorganic compounds. Being chemically synthesized, dyes and lakes are easier to produce, achieve superior and uniform color properties, and cost much less than natural colorings.

These compounds do not add to the nutritional quality of foods and have been shown to be toxic and raise health concerns. Artificial coloring can be a source of phenols, which if you have difficulty processing can lead to negative behaviors. Lakes are a source of aluminum exposure that can contribute to the oxidative burden in the body. Many dyes have been shown to be carcinogenic (cancer-causing), genotoxic (damaging to chromosomes), and neurotoxic (damage to brain).

The FDA has reported a significant five-fold increase in consumption of dyes since 1955. Just three dyes – Red 40, Yellow 5, and Yellow 6—account for 90% of all dyes used and all have been shown to increase risk for cancer, allergies and sensitivities, and hyperactivity or ADHD. Here are the names of the FDA-approved food colorings:

These colors can be found in many common items, especially refined and processed foods:

Luckily there are plenty of natural alternatives to synthetic coloring. Using juices and powders from real foods can achieve a specific color and will ensure a chemical-free result:

If you are interested in reading more about risks of consuming food dyes, please see the Center for Science in the Public Interest’s publication A Rainbow of Risks